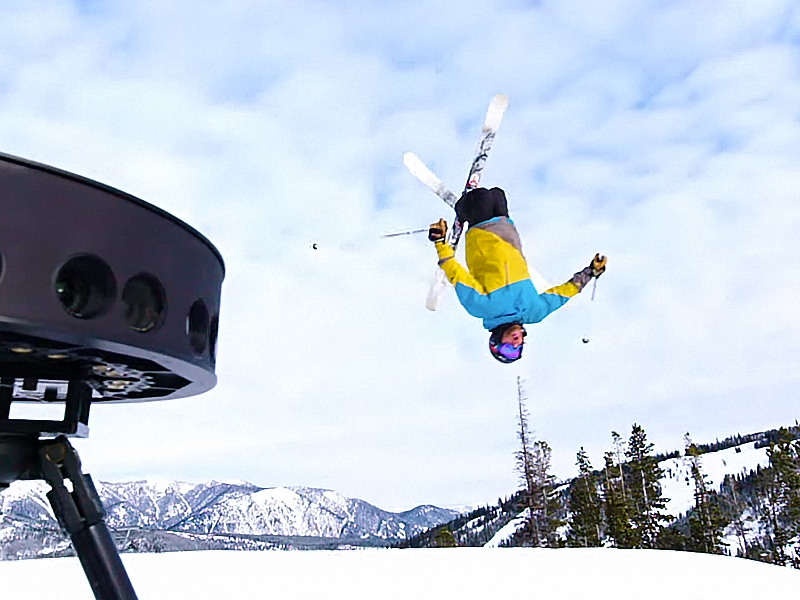 NBC and Intel promise VR streams of 30 events and a total of over 50 hours of coverage for the Winter Olympics 2018 that can be viewed with the VR glasses or just with the smartphone. The images are produced using Intel’s TrueVR technology, where the special cameras record stereoscopic 3D video at a 180-degree angle.

The images of the individual lenses are then sewn together in an Intel data center in real time to a 3D video stream optimized for VR glasses and expanded with digital display panels. Since Intel distributes several of the cameras around a competition, users can choose from different perspectives. The NBC Sports VR app is available for Samsung Gear VR, Google Daydream/Android , Windows Mixed Reality and iOS . The app only starts with Pay-TV access.

The partnership between Intel and the International Olympic Committee is scheduled for 2024. Perhaps there will be much more advanced virtual reality streaming by the time of the 2020 Tokyo Olympics. Intel CEO Brian Krzanich promises a new recording process for live VR video in 2019, allowing us to shift perspective freely in space instead of just turning our head. Later this year, Intel’s streaming competitor NextVR is also adapting their pipeline for volumetric capture and playback, allowing the viewer’s perspective to move positionally within the video, rather than just rotationally.